More information
can be found here. 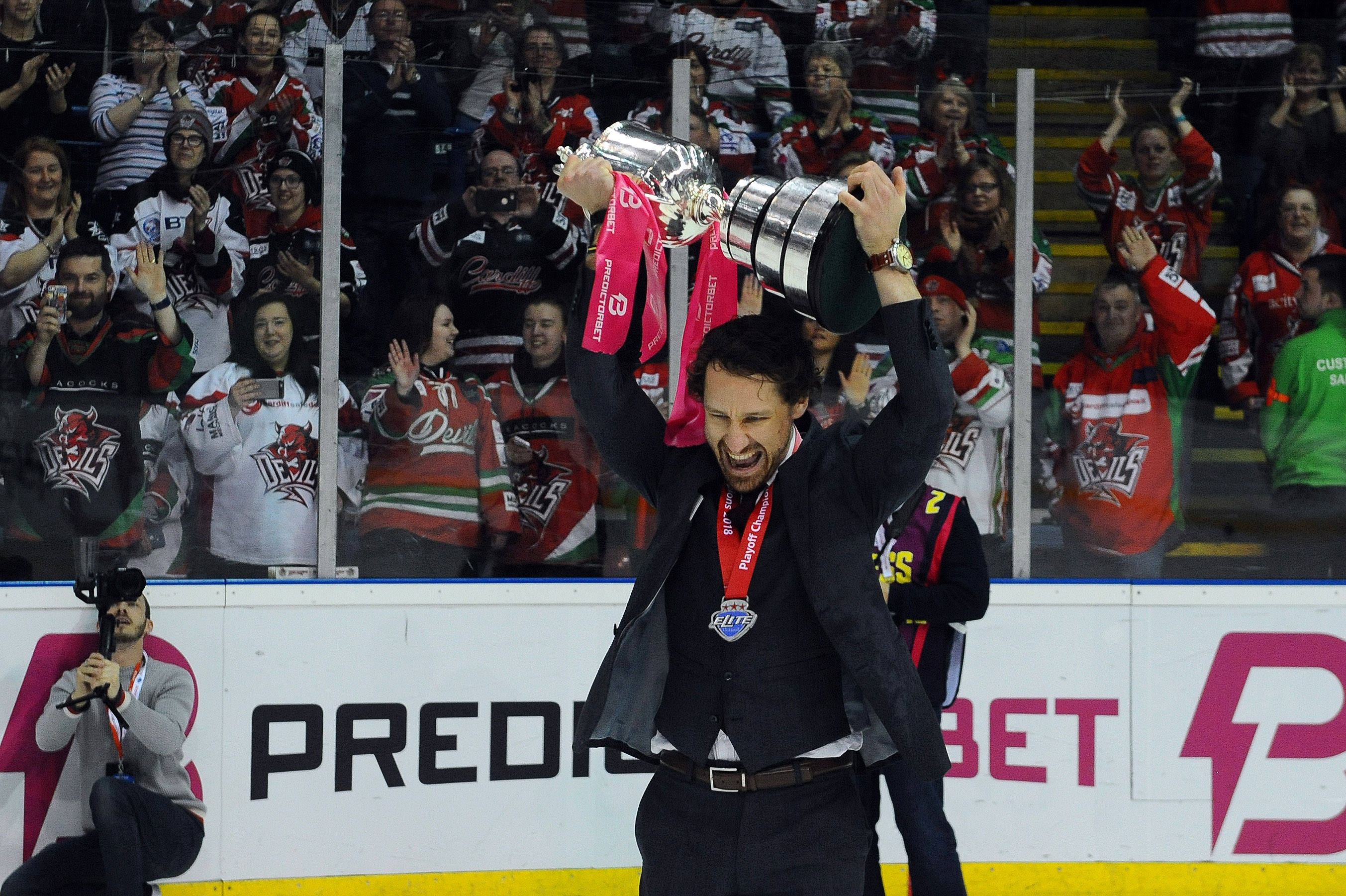 It's been almost 7 years now since we last spoke to Luke, but in that time a whole raft of changes have seen the Devils emerge as one of the best teams in the UK. He's been here through thick and thin, and more recently has hoisted aloft the Challenge Cup, League, Conference and Playoff Final trophies whilst holding down an incredibly important job within the cancer research fields. We finally managed to catch back up with Luke Piggott and spoke to him about his research research, lifting trophies as well as the U23 rule that has come into effect...

The-Inferno - Welcome back Luke, it's been 7 years since we last spoke to you and things have changed just a little bit...

Luke Piggott - Thanks for having me back again! Yes, as you say things have changed a bit in that time but to be fair, if you had told me 7 years ago I would still be playing for the Devils today and in a winning Devils organisation that functions in the way the current one does then I would have been overjoyed! Player/assistant coach was not a role I had in mind back in those days but to say I am happy with the way things have worked out would be an understatement.

The-Inferno - The last few years have been immensely successful for the club, what has that been like for you alongside the job you have outside of hockey?

Luke Piggott - The level of professionalism has increased exponentially. This in turn has meant the commitment has also increased with the new organisation but that is what has to be done to become successful. It has been challenging at times to balance both careers but both of my employers have been immensely understanding and flexible with the other that I have been able to manage my time efficiently enough to maintain both.

The-Inferno - And for those who don't know, can you give us an idea of what your current research is looking into and why it is important?

Luke Piggott - We recently published a paper in Clinical Cancer Research on my latest research, I have been looking at drug-resistant breast cancer and new ways of overcoming resistance. Drug-resistant cancer is very hard to treat and at present there are very limited treatment options, basically only chemo and radio therapy. So we were looking at a new approach which we have shown to have almost no side effects and also produces better long-term benefit to patients leading to persistent regression. I am now in the process of putting this in to early-phase clinical trials. My job now has slightly changed where I'm less in the lab doing the basic research but instead focussing on getting these new treatments in to patients in clinical trials.

The-Inferno - You've been part of the Devils team for a long time, how did it feel to be on the bench during the closing seconds of the playoff finals?

Luke Piggott - It was quite nerve wracking as you can imagine, but I had so much faith in our line-up this season that I was quietly confident we would get the job done. This D-core has been solid all season long and as a team we have played great defence. That being said, I was completely elated (you may have seen me jump on Lordo in celebration) when Mo scored that empty net goal and I knew I would finally get my hands on that play-off trophy after all these years of trying (I realise it has been a lot longer for some of you fans out there though!). 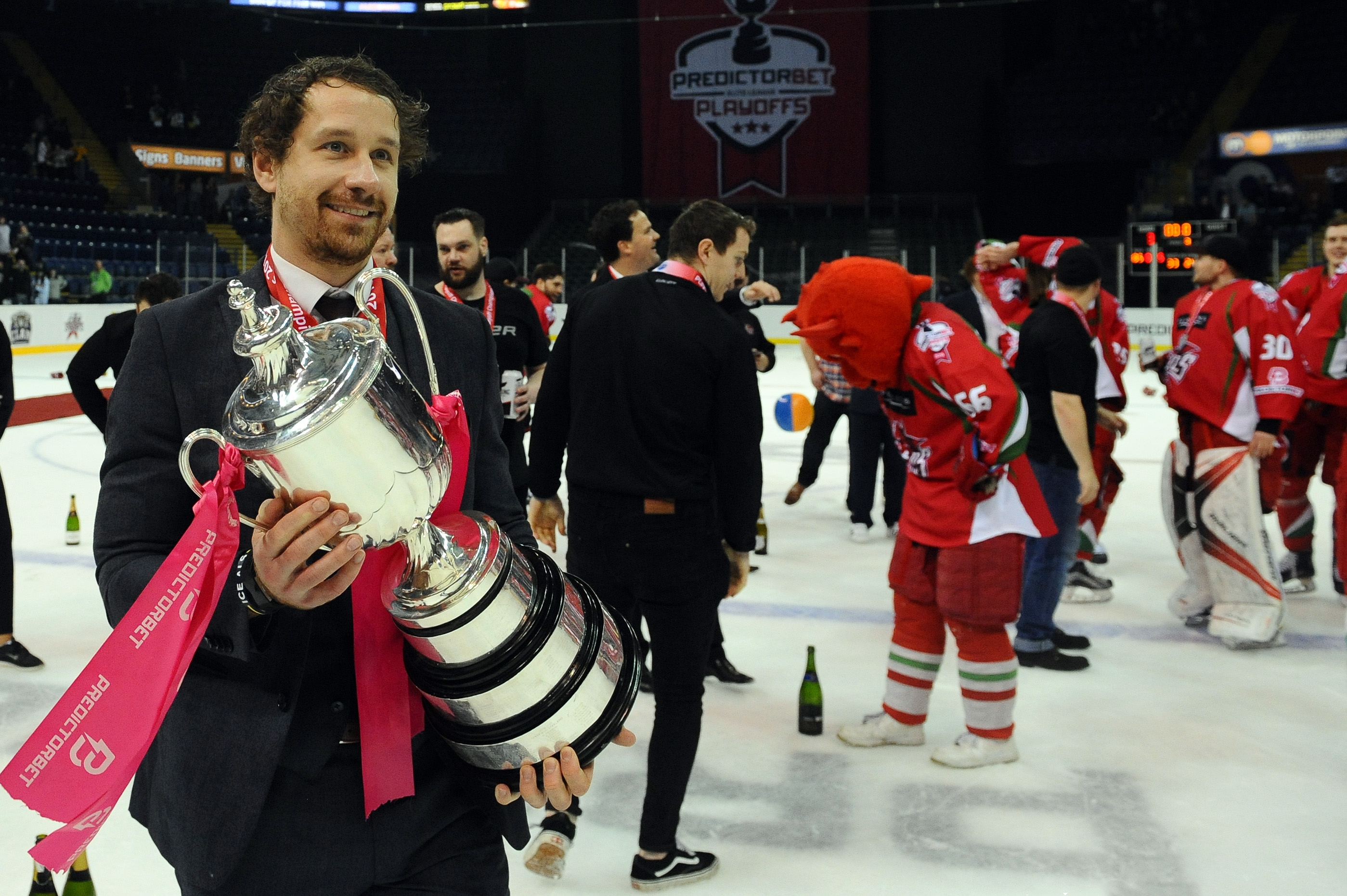 The-Inferno - What has been the most surprising change for you the past few seasons, both within the club and within the wider league?

Luke Piggott - Surprising for the wider league - I would say the u23 rule. I wasn't expecting that rule change and it was quite a shock, it kind of put my career in instant limbo as I wasn't sure how the club would approach it.

Surprising within the club - this is tough to say as a lot of changes needed to be made from when the new ownership took over so I was expecting a lot of change. I didn't have the answer on how to turn it around but thankfully Lordo, Todd, the Calgary 4 and Franny did.

The-Inferno - What did you make of the EIHLs u23 rule when it came in, and what are your views on it following this season?

Luke Piggott - I agree completely with trying to bring younger British players up through the ranks and you can see a few of those happening already. The argument you could make though is would these players have not come up through the ranks anyway without the rule? (I personally believe they would) And by going straight to having 36 u23 slots open for players in 1 summer - was there really 36 players ready to make that jump?

Personally I would of have taken a more tiered approach increasing it yearly starting at 1 and building up to 3, giving each club time to develop up their youngsters ready for regular ice time when they do step-up. How many of the u23's that were brought in due to the rule (rather than on person merit) actually played regular ice-time this season? I'd say maybe a handful. But then again, my job was on the line so I am obviously biased!!

The-Inferno - Both Guildford Flames and Milton Keynes Lightning stepped up to the EIHL this year and have generally had a good result, what was it like playing against these teams?

Luke Piggott - It's great to have new teams to play against. I think having 12 teams is so much better than 8, as it now adds more value to making the play-offs. You no longer have to just be better than only 2 teams and that leads to an exciting end to the season with 3 teams battling it out for the final play off spot. Guildford put together a very young and hungry squad who had a fantastic never-say-die attitude, I loved these games as it was a very different style of play to most other teams in the league and it keeps you on your toes and adds variation. I thought MK started the year out great but struggled through injuries over the course of the year, we had some really good battles with that team early on and they were more feisty than I expected - an element of the game I really enjoy.

The-Inferno - We're now into the IAW and it's clearly been a success, but how does the atmosphere at home compare to those on the road?

Luke Piggott - There's nothing like playing in front of your home crowd and I think our home record demonstrates that. I think the atmosphere is a bit different to the BBT, I have found on some occasions it can be a little flat (which never happened in the BBT) but those times are rare. What I can say though is when that whole building is packed and really going then it completely surpasses the BBT.

On the road there are games that bring great atmosphere, the likes of Coventry, Fife and Braehead are always bouncing. I find some of the larger buildings a bit flat at times but that is bound to happen just on the basis of the space that has to be filled in those places. What I can say though is when the Red Army travel in numbers it makes such a huge difference to any trip, no matter the arena. I will always remember some of the Scottish triple headers, Belfast doubles and winning the league in Sheffield last year as a special trips where the fans made a huge difference.

The-Inferno - What are the best and worst places to play in the league at the moment? Have the brick boards in Murrayfield been topped anywhere else yet?

Luke Piggott - For me Edinburgh is still the worst place to play for me personally, as someone who likes to be physical, the large rink and the rock solid boards make it difficult for someone with my style of play to be as effective. That being said I do still really like the character of the building and you can't fault the local faithful for their commitment given their facilities and often having a struggling side on the ice.

Best place to play (excluding IAW which is a clear winner) would be Nottingham in the POFW. That is always a great atmosphere. It is probably also my favourite away rink too as the facilities are great and the steep stands add to the atmosphere. I also have some very fond personal memories of games/goals in that building.

The-Inferno - How is it working alongside Andrew Lord in your role off the ice?

Luke Piggott - It's been great, myself and Lordo obviously go all the way back to when we were teammates on the ice. We have been friends since he first arrived and our views on the way the game should be played align very well. As you may know, Lordo is very detailed orientated and a very emotive guy, luckily our personalties don't clash very often and we have a very good working relationship that I believe benefits us both

. I know I have learnt a lot from him over all the years as both my coach and also as a colleague. I have been a fan, a player and a coach now and the game is very different from behind the bench, there really is nothing like it and Lordo has been a huge help in my transition to that role.

The-Inferno - Thanks for taking the time to speak to us, is there anything that we've missed or that you'd like to add?

Luke Piggott - Just to say a big thank you from myself and all the guys on supporting us religiously throughout the year! It has been yet another very special year and there will be many more to come for this organisation over the years! 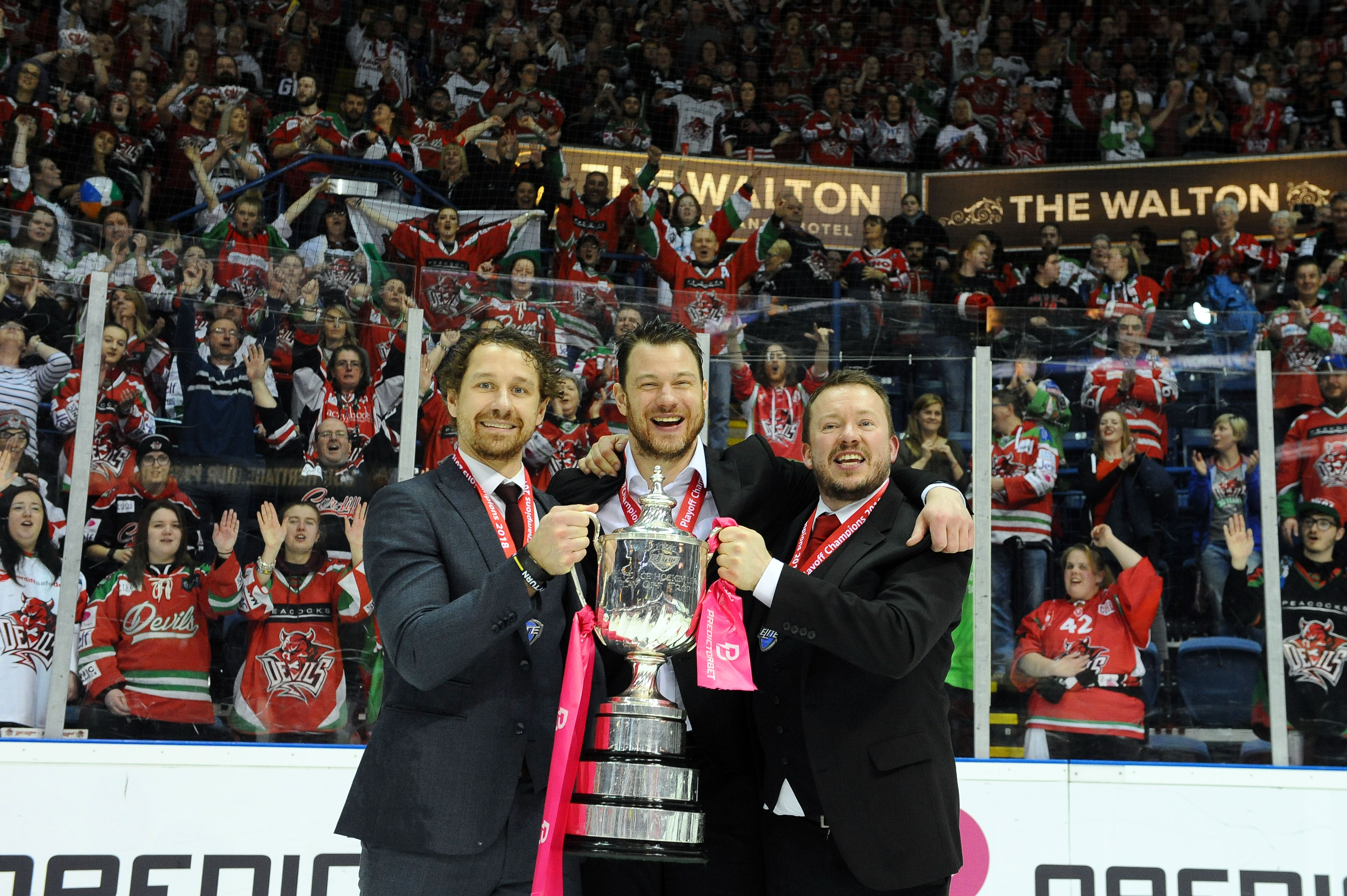